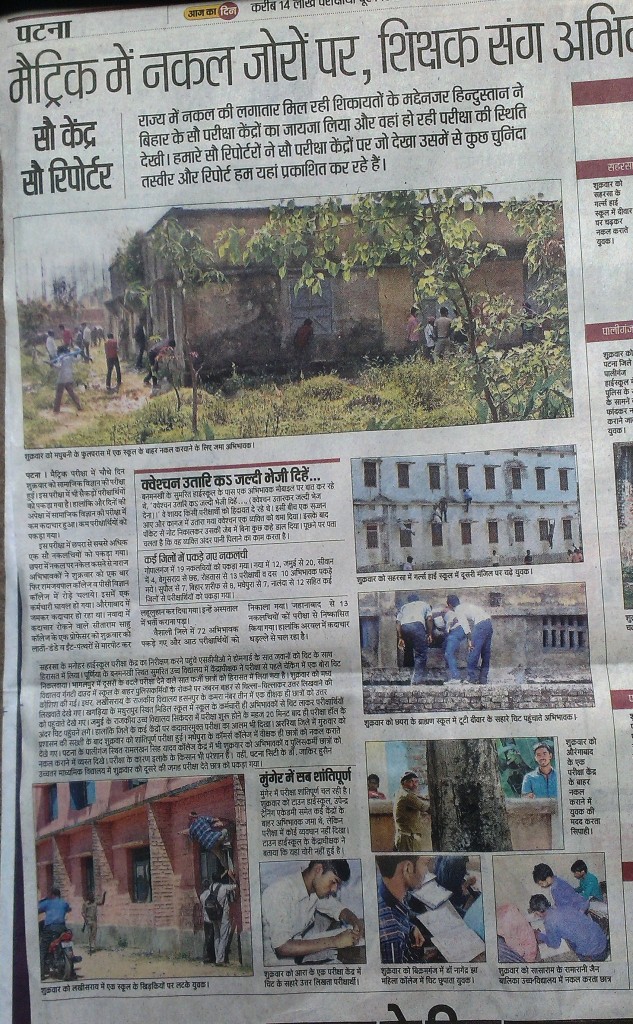 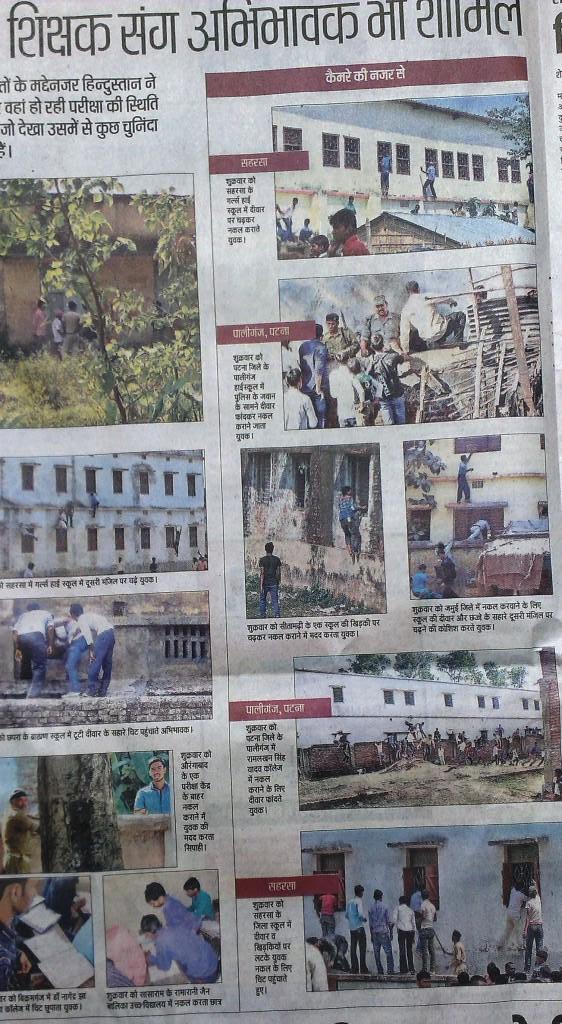 PATNA: Stung by images that went viral on social media and battered Bihar's image afresh, the government on Friday cancelled Class X state board exams held on March 18 and 19 at four centres from where large-scale cheating was reported.

On Thursday, education minister P K Shahi had said the government could not check copying in the exams without cooperation from students and their guardians. Asked about the photos that showed mass copying at an exam centre in Vaishali district, he had said at least two to three relatives were assisting the students and he could not order policemen to shoot these 40 to 50 lakh people.

On Friday morning, Bihar chief minister Nitish Kumar took to Facebook to do some damage control. He said the photographs and videos, which went viral, do not present a complete picture of Bihar. "I am against all aspects of cheating in the exams...," he said on his Facebook page. "Bihari students have a lot of talent and have carved out a niche for themselves in the country and abroad. Few photographs of cheating cannot overshadow their talent."

In an appeal to examinees and their parents, Nitish said: "The certificate gained through cheating will not do any good to them in future. Instead, it will keep your morale low. Parents are only harming their wards by helping them cheat... The students, who depend on cheating, will get habituated and depend on it for doing everything."

In the afternoon, R K Mahajan, principal secretary in the education department, told the media that the centres where the exams held on March 18 and 19 have been cancelled are Vidya Niketan and St Francis School in Mahnar (Vaishali district), a high school in Simri (Saharsa) and a high school in Nawada. "We've taken cognizance of the media reports...," he said. "We'll cancel the examinations at more centres if need be. The centre superintendents, magistrates, police force - whoever is held guilty of dereliction of duty - will not be spared."

Mahajan said the DMs and SPs have been asked to submit a report within 24 hours. "We're hopeful that the examinations from Saturday onwards will be conducted freely and fairly," he said.

In all, over 14 lakh students are writing the matriculation exams at 1,217 centres in the state. The exams, being conducted by the Bihar School Examination Board (BSEB), began on March 17. "Altogether, 766 students were expelled after they were caught using unfair means during the first three days," BSEB secretary N C Tiwari told. 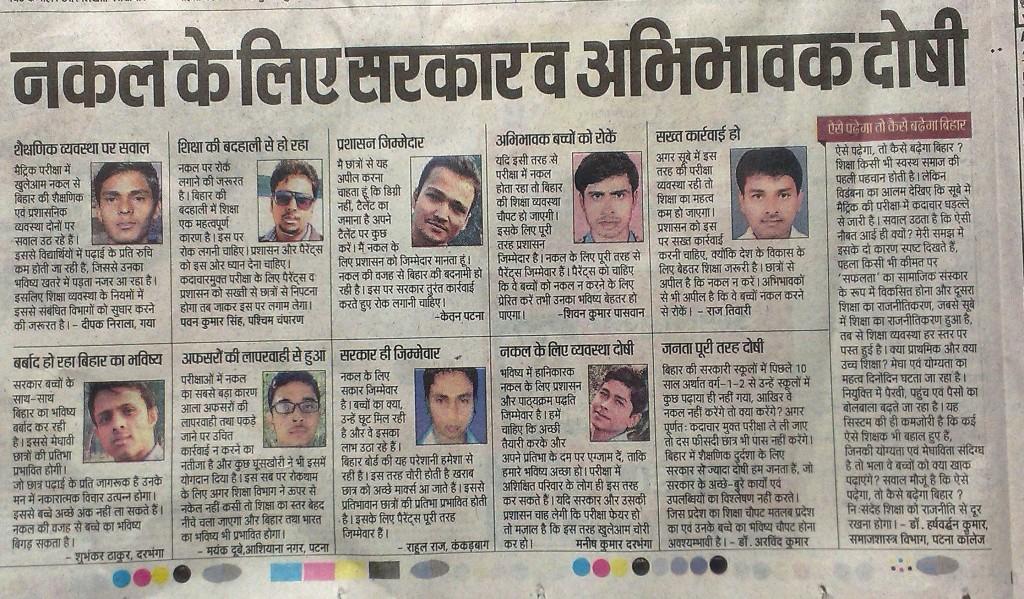 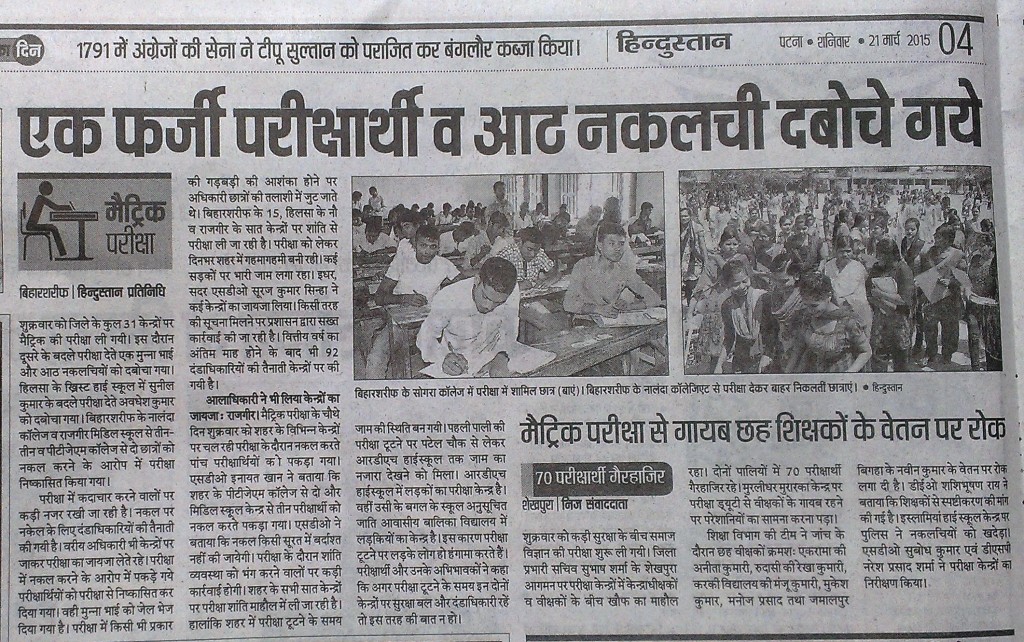 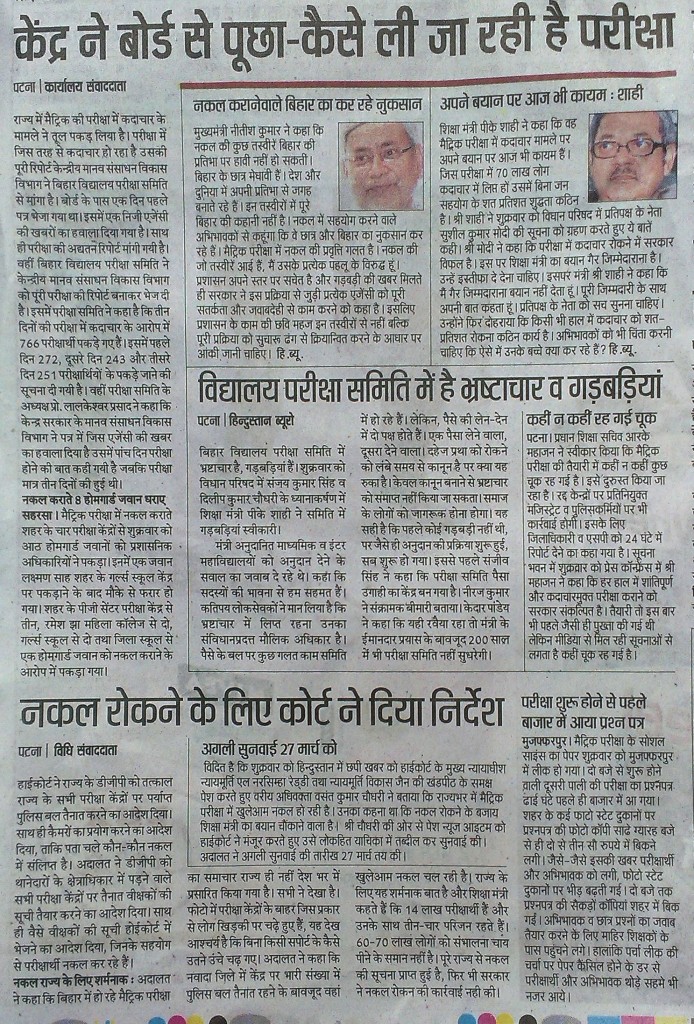 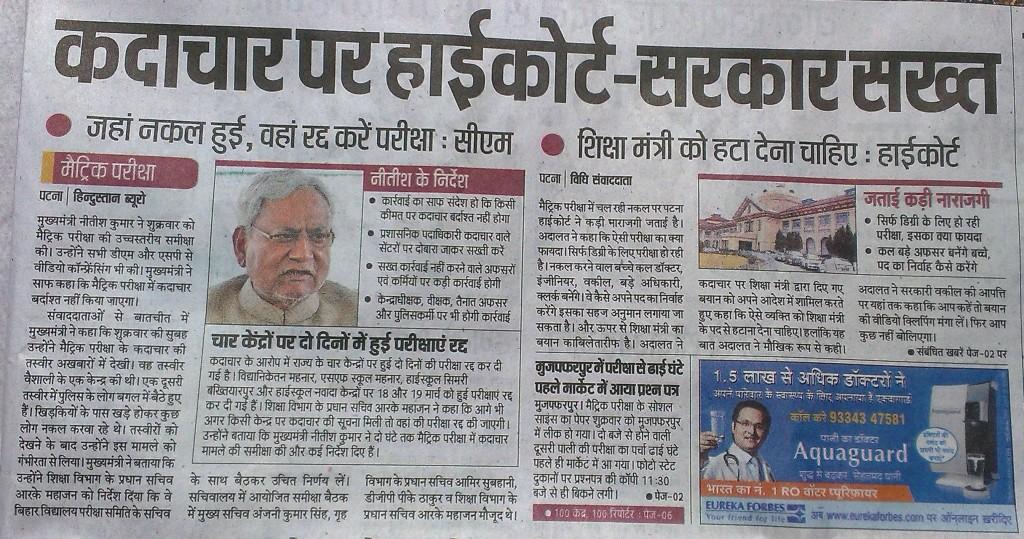 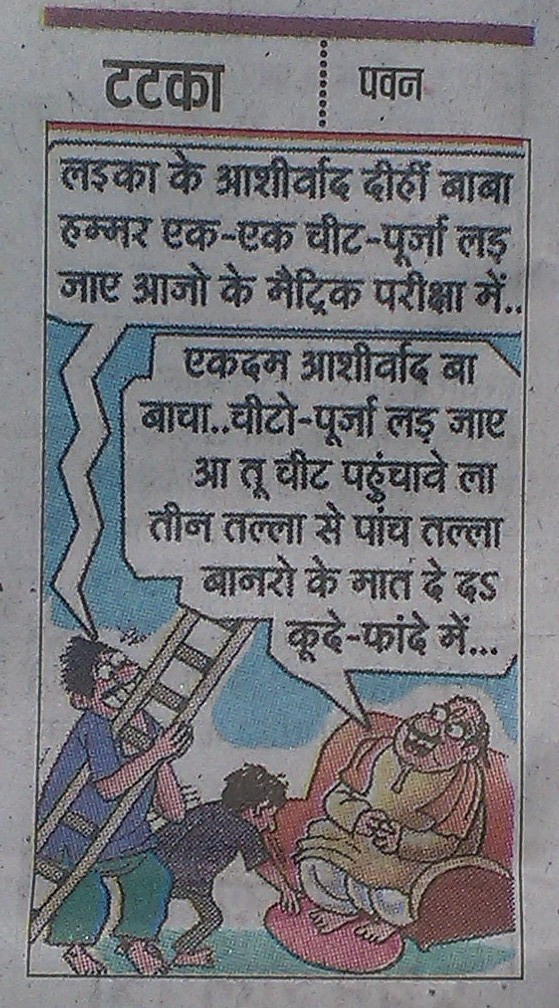