CAST AWAY THE CASTE SYSTEM

Caste system is declining, it is just confined to old aged people, it has nothing to do with
religion, it is just a social problem, most of the people are against the caste system in the
society. This system can be eradicated through education and education can be an effective
tool in improving the social harmony. These are the views of me and some of my
friends about caste and caste related problem.
These were the moot points of an informal discussion among the friends about ‘caste
and religion’ subject held at an afternoon. It started with lighter note with teaching of
various religions and later on it struck with the Hindu religion and its inhuman face.
Religion is always a sentimental issue and accusing religion for inequality in the society
did not go down well with some of my friends. On this issue every fried was unanimous
that there is no inequality enshrined in Hindu religion but with the time so many
anomalies crept in the religion which perpetuated inequality. As per their opinion
caste and its related discrimination is not a religious issue but a social issue. I differ on
this point.
Unlike other religions, Hindu has many religious
books. Hindus have Vedas, Purans, Gita, Manu
Smriti, Ramayana, Mahabharta, Upnishad and
many more. There are so many ways of worshipping
in Hindu dharma and this religion has enough liberty
to choose the different ways to reach the Supreme
Being. There are so many Sanskrit slokas and
to prove that Hindu religion is the religion of humanity, maybe it is true in scriptures but
unfortunately in practice this is far away from the truth. The practioner of Hindu religion
across the country follow caste system. From childhood I have been witnessing how a
caste Hindu practices this religion and does caste based discrimination with impunity. I
am not a well read person, I have not gone though any Hindu scriptures expect Ramayana,
and my understanding of religion is by seeing the practical aspect of it. In practice,
castes Hindus follow caste system in every sphere of life. Even though it has reduced in
urban area or if it is present it is less visible but rural area is still a caste ridden society,
from marriage to election on every sphere of life caste plays a major role. In India around
eighty percent population stay in rural India, so directly or indirectly a majority of people
follow this obnoxious system like their ancestors. Saying this that caste system is declining
is a mirage in rural India, thanks to some social activist, panchayat raj system and
some government programme, a ray of hope is in sight but rapid change in the society is
a distance dream. Progress is there but with snail pace, to accelerate it society needs a
special strategy, a special attention.
A nagging question is that caste system is social problem or religious problem? My
friends had arguments that it is purely a social problem; religion has nothing to do with
it. I strongly object this stand. If you will see in India, we have different social custom
and cultural in different parts of India. The society of Bihar is quite different from the
society of Kerala etc. But there is astonishing similarity in observing caste system and
its related discrimination. Then what is the source of the knowledge inspiration to observe
these social mal practices? Answer is in some religious scriptures. Majority of the
Hindus have not gone through religious scriptures, but they follow the traditional
teachings of practioner but those who have read the book, can not deny that Hindu
religion is not based on inequality. Every religion has got some lacuna, some constraints
and Hindu religion is no exception. This caste system has religious sanction in
the society that is the reason it has flourished and continues to hold a firm grip in
hindus’life. This social problem is strong because of religious sanctity so in order to
make a just society we need an urgent social reform which cannot be achieved without
religious reform. Either reform in religion or disown it completely in the life. It is
true that Education can really play a great role in this matter and spread of education
among exploited class will help them to improve their life. But education alone is still
unable to fight the general sentiment and traditional mentality of caste Hindus . We
seriously need any education plus model to combat it. 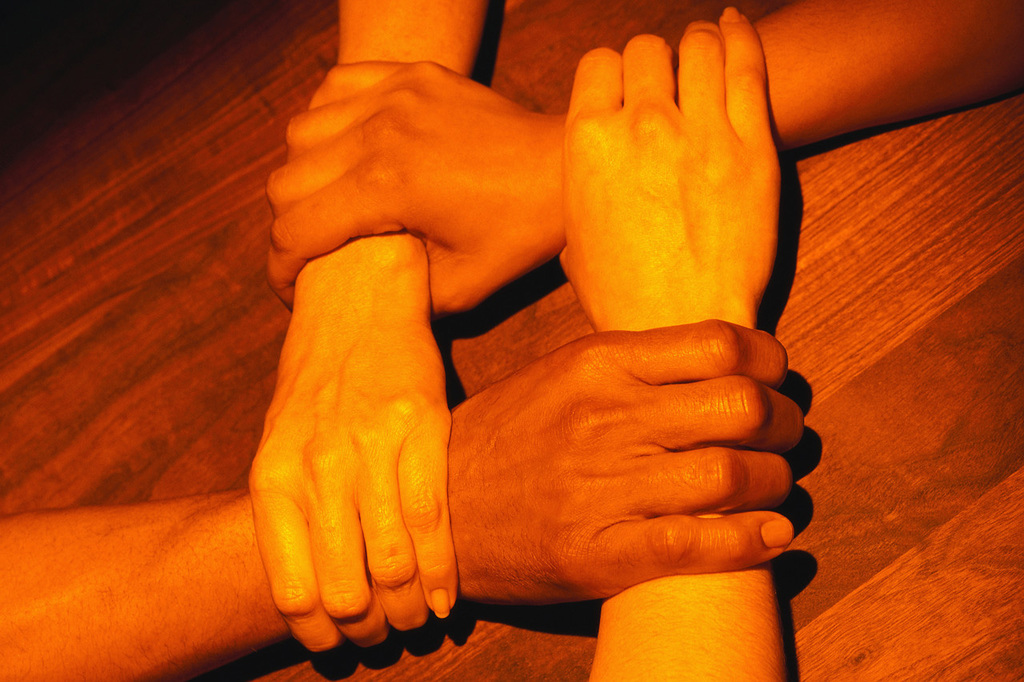 There is no denying fact that caste system is a cancer, a gangrene for Hindu religion,
humanism as well as Indian democracy. A disease which has potential to destroy all the
organs, a menace which can engulf peace and harmony in the society. Such disease
should not be kept hidden from the others, because hiding the disease is not the cure
of it. Disease must be discussed, people must be informed about ill effects and they
must be told how to combat it in the society. Discussion, debate and dialogue are an
effective tool to tackle this problem, a right way to sensitize the people. In fact in national
building it is necessary to have a discussion forum on very block level to tackle
this century old problem of our country.
As my friends think, I too want to see this “caste” word obsolete in the society, until
unless a strong, vibrant movement is not started to combat it, eradication of this ill system
does not seem possible in near future. Comment by Faizal Dulull on December 2, 2012 at 12:52am
Republic of Mauritius