People of Bihar and their Journey

People of Bihar, What does comes into your mind when you First hear these words if you are not from Bihar?? "Biharis.......ohhh........must be law-breakers, illiterate, narrow-minded, doesnt have a dressing sense, can not speak proper english, uncivilized, Jack of all problems", this is the common perception which Rest of Indian(mostly Racist North-Indians and Maharastrians view them as), but if you ask someone living in Karnataka's Bengaluru about Biharis, he will reply to you, "Biharis, Oh Yes !! Exceptionally Intelligent, Hard Working, Simple yet Elegant", and if you ask the same question to someone living in Mauritus, he will first wait for some seconds, then with a profound dignity he will say, "Biharis means Respect. The Father of our Nation (of Mauritus) is a great man of Bihari-ethnicity born in Mauritus who led us to Independece against British in 1968. His name was Sir Seewoosagur Ramgoolam." So you see, you have different answers for the same question,  Out of 3 different classes, 2 answered positively about Bihar.

So, now you would be wondering what is the truth?? Are Biharis really good people or are they law-breakers?? As far as law is concerned, No one is a law-follower in Third World India. Mostly, when you are caught by a traffic police for not wearing seat belt or breaking traffic rules and if he charges you a heavy fine of Rs. 1000, you bribe him Rs. 100 and gets away easily thus saving your Rs.900. Imagine this happens in National capital of India. Or if you consider Mumbai, there press-reporters are directly attacked by Right-wing political outfits, they attack the media by directly attacking their office. So, every one is a law-breaker in India.

India is not US and it can never be like US. USA is a law-abiding country, India is not.

That does not helps to prove my point that if Biharis are law-breakers, its fine. No, it is not.

First of all, Bihar is one of the states of Indian Republic, and it has since Independence been subjected to Racism and treated as Untouchable, Biharis can easily be beaten and killed in Mumbai, they can be asked to leave India's National capital Delhi, any amount of injustices being done to them. But you would be surprised to know that Racist and Bihar-haters use Ashok-Chakra in the National Flag of India. Ashok-Chakra(a spinning wheel) was given by Ashoka The Great, a warrior king from Bihar who promoted Buddhism all over the World. Bihar has shaped the Future of India in the past. It fought against Alexander's invasion of India, it gave India's two Golden ages, Mauryan age and Gupta age. Bihar has been the birth place of 2 Great Religions, Jainism and Buddhism. Bihar had the First Great University of Education, Nalanda University and Vikramshila University. So, you can clearly understand what type of cultural heritage we Biharis follows. And how Great contributions to the World we have made.

Yet, The Bihar-haters lobby uses Bihar as medium for their opportunistic politics. You see, had the Bihar's population being full of Muslims, then I could have understand the reason to hate Bihar. After all, opportunistic RSS, Hindu-wing finds that every problem in India is caused by a Muslim, and its profitable to target a muslim, but Bihar's 80% population is Hindu. But still Bihar is subject to hatred. And Let me tell you, RSS has done nothing for Bihari-Hindus, except trying to cause rift between Hindus and Muslims of Bihar by spreading venom against Muslims. Bihar is the only state in India which had not seen any Hindu-Muslim Riots in past 16 years. So, you can easily guess the maturity and sensitivity of People of Bihar. In a Riot, neither a Hindu dies, nor a Muslim, he is a human, a son of a mother, a brother of a sister, a father of a son, a husband of a wife. So, if you are a Muslim and an Indian, you can live peacefully in Bihar. I assure your safety.

Coming back to law-breakers thing, Biharis are not law-breakers, they are simple human being who have a heart, who have feelings, who gets hurt if someone tries to make Racist remarks against them, who tries to hurt their individuality of being an Indian. Many People forget that we "People of Bihar" also have a family, we also have a mother, a father, a brother, a sister, a daughter, a son. We also are humans. Targeting "Biharis" wont help anyone. Only it will create tensions and unrest in the country that would give rise to separatist feelings. I believe spreading venom is very easy or giving hate speeches, if tomorrow, any youth of Bihar gets angry and starts delivering hate speeches against Bihar-haters, they will be in big trouble. As, Politicians of Delhi and Maharastra are more corrupt than Politicians of Bihar, how can we forget CWG scam, Adarsh Society scam, Telgi scam and the list goes on. So, one should first see his own face in mirror before making fun of others.

Coming back to genreal People of Bihar, they are very humble, down to earth, approachable, Respectable, lovable and very helpful. They are India's one of the most intelligent Race, most of the Indians who compete IIT, IIM, IAS (Indian civil services) are Biharis. So, you see, People of Bihar has worked hard to reach wherever they are. And they dont belong to such a breed who keeps in living in past and are living just by singing praises of their ancestors. We Never do that. We have to Re-tell History only when some Bihar-haters ask us Bihar's contribution to India, then we have to answer them by telling Bihar's contribution to World.

If we do not Fight today for the Rights of People of Bihar as citizens of India, History will Never forgive us and Our Great culture and civilization will come to an end forever. As some Great Person once said "In the end we will not hear the voices of our enemy, but we will hear the Silence of our brethren." So, my dear brothers and sisters of Great Bihar, don't be quiet, don't be afraid. Organize, participate and walk together. In this very same birth, we have to make Bihar as developed as France. It has less population than Bihar. When it can develop, why can't we. Time has come when we shall challenge the Greatest Races, we shall compete and progress not only as individuals but as a Civilization.

Long Live Bihar. We Love Bihar and we are Proud of Bihar. Jai Hind, Jai Bihar. 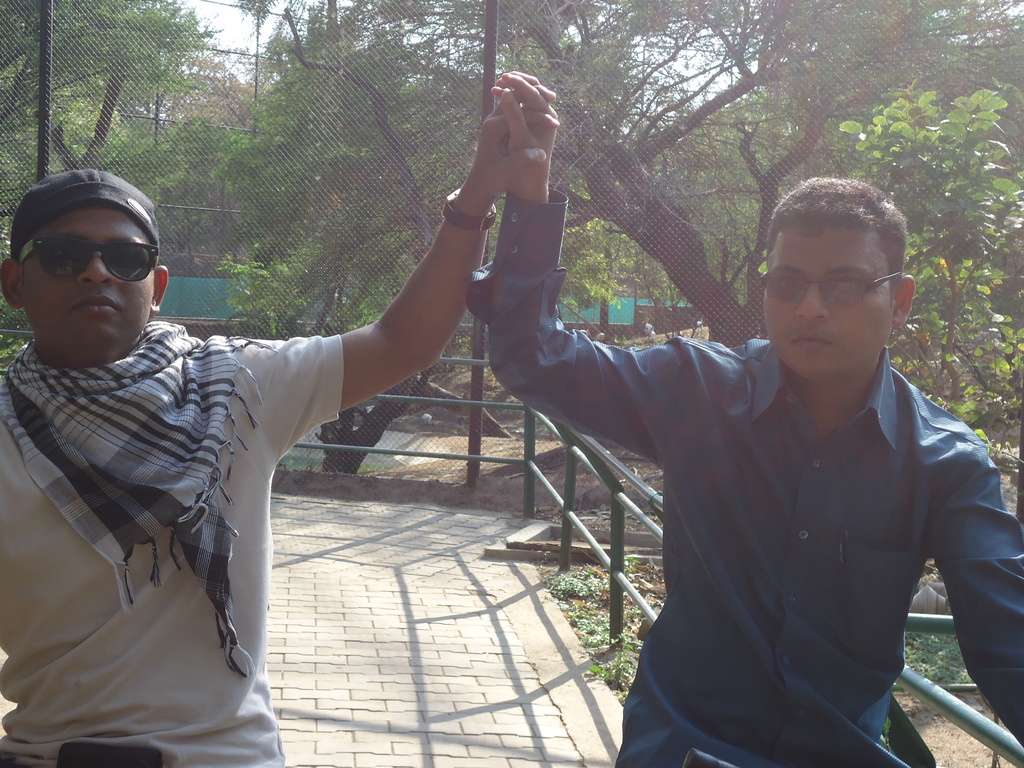 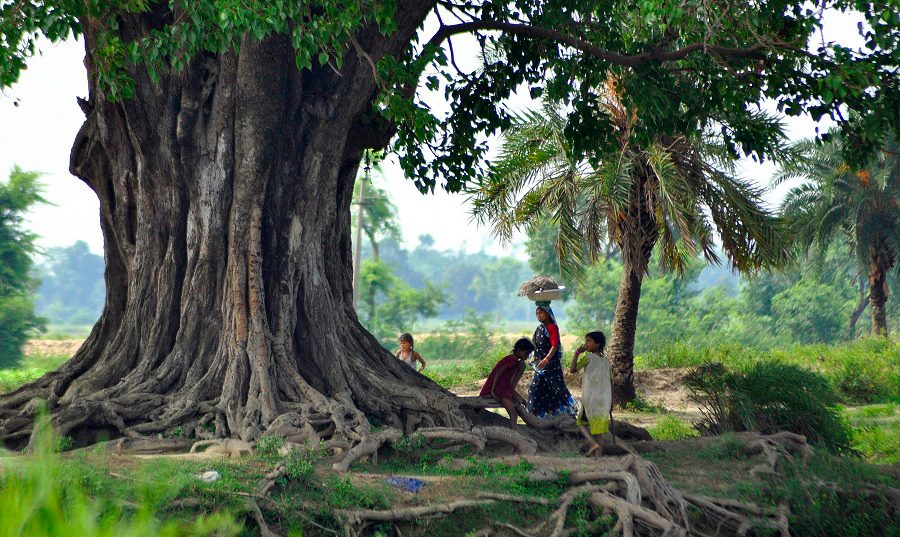 But do you know in the every part of INDIA you can find BIHARI...whether it is Kashmir or Kannyakumari ,kucch of Rann or Northeastern states...very prideful!!!!!!!!!! think again!!!

A Bihari is in Kashmir very near to Pakistan selling Ice creams,Gollgappe etc.... In northeastern states cutting hair,cleaning clothes, working as a labor,...on border of India and bhutan in Jaiagaon,West Bengal I found many Bihari...

...sellind phuchka(golgappa),momo cahumine,vegetables,lifting sacks of those Bhutanese.Is it a matter of pride.I asked one of then that you could have all this business at your own home(Bihar) why doing here. he had no answer.

coz when he go to Bihar he say to his family that he used to do a very good business at those far flung areas...business!!!!!!we all are aware of business of golgappa...

Now what do you think Aakash...singing little prideful things is great or taking those big bad things in front and making them good is right.

I think you have created this site for bringing the brains of Bihar at a single platform and for taking our love ie. Bihar to his GOLDEN era back...