After the battle of Buxar in 1764, the armies of Nawab of Bengal and Mughals lost to British and Bihar came under East India Company rule of British. During Britsih era, Patna, the capital of Bihar came to be emerged as one of the most important trading and commercial center after Calcutta.

During First War of Independence of 1857, Bihar's Veer Kunwar of Bhojpur district became a National Hero as he led many victories against armies of British. Bihar remain under Bengal Presidency and was controlled by Britsih. It regained its lost glory and Patna emerged as an important trading center. But during British era, an important incident happened that changed the course of Bihar's History. British started to export Bihar laborers to its ally countries to provide cheap labor. It started to migrate poor men to far off countries like West Indies and Mauritius where number of migrants from Bihar and East Uttar Pradesh increased. This started a trend of migration from Bihar to far off countries. After independence, this tendency continued and Bihar still exports finest cheap labor to different states of India.

Bihar was separated from Bengal Presidency in 1912. Patna became the capital of this new Presidency which included modern states of Bihar, Jharkhand and Orrisa. British built several educational institutes in Patna like Patna College, Patna Science College, Bihar College of Engineering, Prince of Wales Medical College and the Patna Veterinary College. People of Bihar took this opportunity very well and flourished under British Raj. After Orissa was made an independent state in 1935, Patna became the capital of Bihar.

Post Independence, 1947: India attained Independence from British in 1947 and Bihar's First Chief Minister was Shri Krishna Sinha. In 1960, one of the greatest Leaders of National level, Lalit Narayan Mishra was assassinated by a hand grenade for which Central Government of Congress was blamed. After 1960, Bihar came to be ruled by Congress Chief Ministers who were just puppet of Delhi based Congress party who ignored the welfare of Indian state of Bihar. This led to massive under development in Bihar when the states of Maharashtra and Gujarat and Tamil Nadu prospered.

JP Movement in 1970's : Jai Prakash Narayan, one of the visionary Leaders from Bihar declared a non-cooperation movement against Indira Gandhi opposing her dictatorial rule in 1974. The emergency was declared in 1974 that lasted till 1977. Fresh elections were installed and Indira Gandhi lost the elections. This was the first time when Congress party lost in India and that also due to will power and strength of People of Bihar and Leadership of Jai Prakash Narayan.

Rise of Caste system in Bihar: Due to the defeat of Congress in 1979 due t People of Bihar made them to be extra careful of Bihar and it took measures against giving Power to People of Bihar. It sowed the seeds of caste system in Bihar from early 1980's which ruined Bihar . Bihar came to be ruled by some puppet Congress chief ministers in early 1980's. A feeling was developed in "so called lower castes" of Biharis that Power resides in upper castes. This gave advantage to Lalu Prasad Yadav who took this opportunity favorably and became the Chief Minister of Bihar in 1989 who dragged Bihar into a series of caste politics. People of Bihar forgot that they are brothers and sisters and belongs to common bloodline. The so called high-caste and so called low-caste people started a war against each other and many innocent men, women and children were assassinated in such wars. Even Human Right Commission of United Nations criticized Bihar Government for failing to provide security to innocent Women and Children. Such an environment caused large scale migration to different states of India. As the youth migrated, Bihar was left with only old men and women who still kept on voting on terms of their caste and religion which took Bihar to such a dark age that it went into the Medieval Period under Mughals. Lalu Yadav ruled in Bihar till 15 years using this caste system.

Change of Guard in 2005 and a Ray of Hope:  When everyone had written off that Bihar can never prosper, then came 2005 when Lalu Yadav lost to Nitish Kumar, an Idealist man who took the reins of Bihar in his hands and made large scale development. Such was his efforts, that the same United Nations who had criticized Bihar's caste riots praised Nitish Kumar and Nitish Kumar was declared India's finest Chief Minister in Forbes magazine. For more details on Nitish Kumar, Read: http://www.peopleofbihar.com/page/nitish-kumar

Nitish Kumar again won elections in 2010 and has thus provided a lot of stability in Bihar. Due to his efforts, a lot of migration has stopped and people are now safer in Bihar. He has given a ray of hope to the People of Bihar and has thus served India by improving one of the parts or rather heart of India, Great Magadh(Bihar).

With this Hope that Future for next generation of young souls of Magadh(Bihar) will be much brighter, I finish this article and I pray to God to give us Power and Wisdom to take Magadh back to the glory days of Ashoka The Great. Nitish Kumar again won elections in 2010 and has thus provided a lot of stability in Bihar. Due to his efforts, a lot of migration has stopped and people are now safer in Bihar. He has given a ray of hope to the People of Bihar and has thus served India by improving one of the parts or rather heart of India, Great Magadh(Bihar). 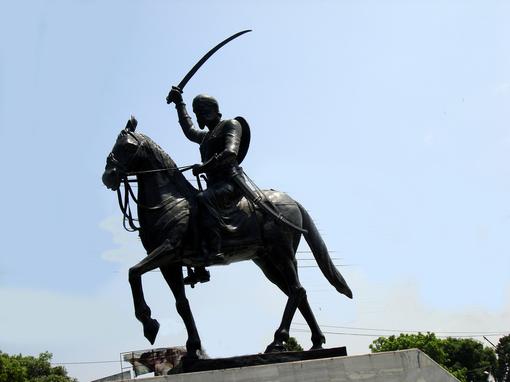 again you have proved yourself Aakash.congrates.

@ Will update these points. Thanks for the reminder.

I feel some points are missed

3) Jp movement may be great but he called for students buycot of classes which led to collapse of instutions of Bihar.

Well done Aakash jee, You have written the fact about Bihar very well. Now again there is the need for the development of the whole Bihar not only Magadh area. Nitish Kumar has done the job very well but it is not enough. Now time has come when we will have to make our intellectual capital our power so we have to work for that. It is not a good step to harm the education system by using reservation. Because of that private institutions are growing and we are loosing the quality of education. Bihar government ought to work on water management system especially in Koshi area. By this way we can turn our problem into our potential. We will have to encourage small scale industry and entrepreneur so that more job creations will be done in Bihar. In addition to it we will have to encourage the usage of solar energy and more plantation on the vacant area of land. So that we could save our energy for the future generation people.