The culture of Bihar is very simple yet elegant. You can explore Bihar culture once you visit Indian state of Bihar. There has been an anti-Bihar campaign propagated by Bihar haters lobby operating from Delhi and Mumbai that Bihar is a place known for crime, murders and kidnapping. Contrary to such false beliefs, Bihar is indeed a peaceful place. Bihar culture is indeed one of its own kind.

There are a lot of people from different communities that lives in Bihar and they enjoy the hospitality and growth opportunities that Patna, capital of Bihar provides them. There are 13 lakh Bengalis(1.3 million) that lives in Bihar but have you ever heard any Bengali being beaten up or molested?? There are more than 10,000 Punjabis in Patna itself but have you ever heard any Sikh who faced Racism in Bihar unlike the Racism Bihar guys face in Punjab. There are almost 3 crores Muslims that lives in Bihar but you will never listen any Hindu-Muslim riots in Bihar. Bihar is the only state in India which gives equal opportunity to Muslims throughout India. There are around 5000 people from South India living in Patna but they also enjoy equal status in Bihar. There are also large number of Buddhists living in Bihar. So, the culture of Bihar  is simple which readily accepts everyone.

People of Bihar has very simple approach towards Life. The parents are very caring who throughout their Life care for their children and when these selfish children grow up, they leave Bihar forever and never return back. This is the reality of Bihar which has caused it to fall right from its peak. Uncontrolled migration without an intention to return back has caused havoc in the society of Bihar. This is only one sad part which must be taken care of. Apart from this, the main profession that people engage in Bihar is either related to teaching industry or Government sector.

The specialty of Bihar culture is its beautiful seasons. Like the people of Bihar, the season is beautiful. You will get to see amazing rainfall in Bihar during rainy season. You will also see great winter season during winters. The spring of Bihar is equally beautiful. But the most special is the autumn season. It looks as if some de4parted soul is calling his separated Lover during autumn season in Bihar.

The main cuisine of Bihar is both vegetarian and non-vegetarian. People are fond of eating Lita-Chokha,  It is a sort of dumpling prepared by steaming or frying. Strawberries is the most famous thing of Bihar. It gives growth to best strawberries of India which is also exported outside. So, if you get to visit Bihar, don't forget to eat Kebabs of Patna city area. They serve the excellent Kebabs on the face of earth as per the believe of people who eat them.

In a nutshell, Bihar culture is a great culture. Every culture has its shortcomings and no doubt Bihar too has its own but with the passage of time, we are sure to overcome such things. On the concluding note, I shall tell you, "Don't Judge Bihar by the way north-Indian Racist media shows itself, First Visit Bihar, explore it and then decide." 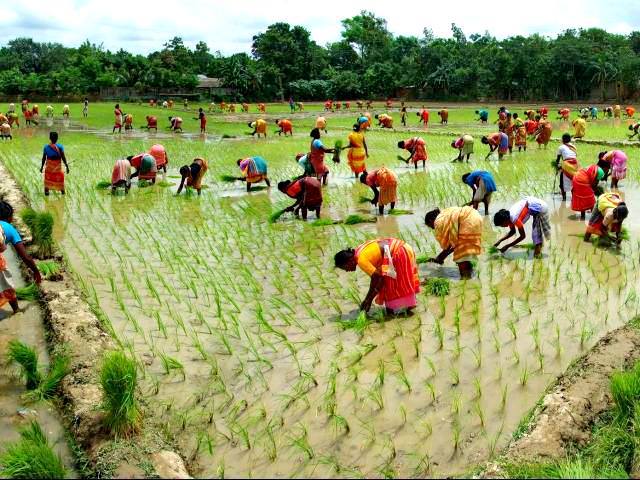