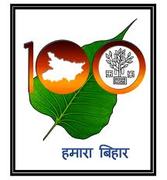 Youth plays many roles in society. This is a vast and important topic to be discussed. To start with:

” Youth is the joy, the little bird that has broken out of the eggs and is eagerly waiting to spread out its wings in the open sky of freedom and hope.”

Youth contributes in transforming not only bihar but India.

A. Young people are full of vibrant ideas. When properly motivated and sufficiently guided they want in their life.

B. The youth will have to compete with sporting spirit.Youth must be sportive and competent enough to face challenges of the World. Just look at the spirit of Indian cricket Team. With the start of any cricket tournament, no matters which team wins, Cricket wins, Youthfulness will win. The spirit of oneness will win. United we can achive many successes.

The responsibility for change, progress and innovation lies on today’s youth shoulders. Youth can make or mar society. The educated youth should initiate steps to teach the illiterate people in their neighborhood. They could teach them elementary reading and writing and also educate them about hygiene and the need for cleanliness. They should also be informed about the harmful effects of drinking, smoking and chewing tobacco.

The youth constitute about 34 percent of the total population of India. The youth of every country are its valuable human resource. The responsibility for change, progress and innovation lies on their shoulders. Youth can make or mar society. There has always been a tussle between tradition and modernity and the youth have often been misunderstood by the elders. The elders feel that, being immature and inexperienced, the youth usually indulge in thoughtless activities. However, the youth have the zeal to initiate revolutions. The youth of our country also played a significant role in the freedom struggle.

The population of India has crossed the staggering one billion mark. The economic progress of the country, as a result, has been nullified. The government has initiated various programs to bring the economically backward people into the national mainstream, but the reforms have failed to percolate to the masses. Family planning programs of the government have not been totally accepted and adopted by the masses. The governmental machinery has failed to reach out to the grassroots. Youth organizations should take up the responsibility of educating the poor about the benefits of family planning. It has been found that the rural folk are usually suspicious about the intentions of the government officials, nurses and doctors. Hence, it is the duty of the youth to further the government’s efforts.

Low status of women in society, high degree of illiteracy and denial of basic amenities to the rural folk has been a result of unawareness among the masses about their rights and privileges. The schemes framed by the government for their benefit never reach the needy. The educated youth should initiate steps to teach the illiterate people in their neighborhood.

You need to be a member of YOUTH OF BIHAR to add comments!