A Few days ago wen we pointed out that Bihar's First Terrorist attack has happened in Bomb Blasts at Gaya, People said we are saying too much.

But now the situation has become worse. There has been 7 bomb blasts in Patna on the same Day when Narendra Modi had its rally on 27th October. In this attack also the name of some Muslims has come. Their names are Tehseen Akhtar, Imtiaz Ansari, Taufeeq, Tarique and few more. 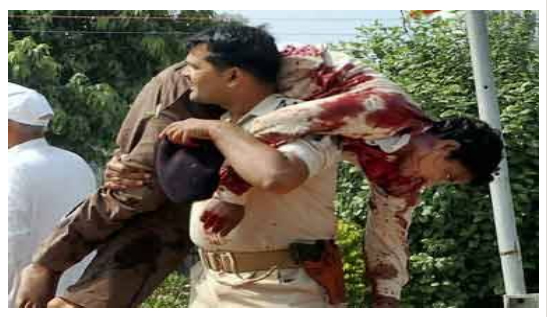 I can not understand how the intellect of Muslim youth of Bihar and Jharkhand, once known to be most peace loving has been brainwashed by Indian Mujahiddin. Now why can not people like Hassan Akhtar can organize a Peace rally in Patna and call all Muslim youths of Bihar and Jharkhand and gave them their Peace lecture that Islam does not teach to kill people and its a peaceful religion.

The problem is that Muslim youth can easily be brainwashed by anyone by using the context of Islam and their religion. Moreover, I don't even think these uneducated youth has ever read the any analytical book or understood life from a broadminded perspective.

We strongly condemn attacks on innocent people that caused the death of common people. Such acts only show Cowardice and Lack of heart.

May God give wisdom to all people of the society that is Hindu, Muslim, Sikh and Isai specially to young Muslim boys of Bihar and Jharkhand who don't know what they are doing.

Replies to This Discussion I equally support your views POB.

Bro Hassan Akhtar , what I believe a very true human being so far I found in the muslim community , will be accurate fit to educate these diverted people. Mr. Akhtar has a wide understanding of the values and enthusiasm of many religions blended with the balanced extract of many colours of his learnings.He has very deep thirst to improve  the life and country upto a level where we all brothers and sisters of all communities could lead a peaceful life in our motherland. His arguements are strong supported by practical paradigms blended with the historical events.

May I request bro Hassan to come forward and put up his views to save our communities .Thanks .